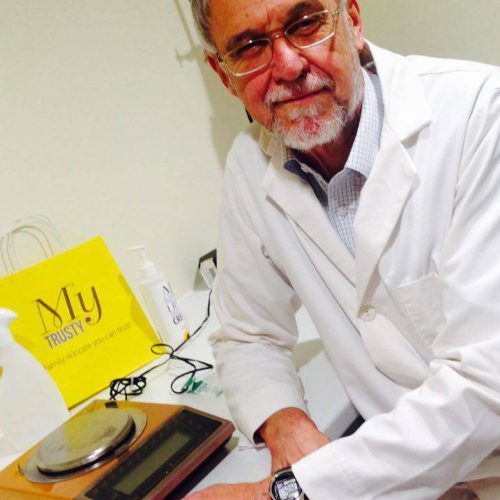 What are fats and lipids?
Fats and lipids are the components of the body and tissues that are not soluble in water but are soluble in organic solvents such as chloroform, methanol ethanol and ether. Some are very familiar to us, in particular the common fats and oils we all know such as vegetable oils and animal fats.

Many of the other classes carry the particular assignation as lipids – phospholipids, ceramides etc. All of them have particular and different functions in the body which support life across a wide range of physiological activities. They consist of complex compounds of ‘fatty acids’ linked in a variety of ways to other components. The conventional fats are the simplest of these classes. These form the predominant part of our dietary intake of fat.

Why fat is vital to your body
A balanced intake of fat gives you healthy hair and a radiant complexion, while enabling your body to absorb fat-soluble vitamins, such as, A, D, E and K. Some fatty acids are essential in the diet as the body cannot make them for itself.

Essential fatty acids (EFA’s)
The fatty acids present in fats and lipids are straight chain carboxylic acids. In general fatty acids in the body are between 14 and 24 carbon atoms in length with the majority being in the 16 and 18 chain length acids.

Essential fatty acids. (EFA’s) must be supplied from the diet. These are usually 18 carbon atoms long (octadecanoic acids) and have a variety of 2 or 3 C to C double bond configurations along the carbon chain. They are therefore polyunsaturated fatty acids. The most important of these is 9,12 octadecadienoic acid, known by its trivial name of linoleic acid. This and other EFAs are found primarily in many plant oils and some fish oils.

The essential fatty acids play a vital role in the repair and creation of body tissue. They are incorporated, along with others, into many body structures such as cell membranes and nerve sheaths. They are also the precursors for many of the substances (prostaglandins, thromboxanes for example) involved in the inflammatory response to injury and the replacement or repair of damaged tissue. While these are its primary purposes, EFAs are also important in the establishment and preservation of barrier function in the skin and the healthy growth of skin and hair.

The Deficiency syndrome
The absence or relative absence of Vitamin F in your body manifests itself in easy bruising, cuts and minor skin injuries that are slow to heal, lifeless hair and dry skin. The renewal of skin cells and the healing of minor wounds may also be affected. There may also be links of a local deficiency to problems such as increased water loss from the skin in affected areas. It has been observed that a local deficiency of EFA in the skin can be corrected by application of linoleic acid externally. Application of linoleic acid as its hydroxyethyl ester decreases loss of water from open burn wounds.

How and where did the cream originate?
Workers in the Burns Research Unit of Salisbury Hospital in 1981 observed that patients recovering from reconstructive surgery, severe burns or skin grafts appeared to have reduced levels of linoleic acid in the lipids that are believed to be a major contributor to the barrier layers of their skin. This was shown by sampling skin lipids with bland solvent swabs of ethanol/ether mix, then comparing the levels of individual fatty acids in normal skin and skin over healing wounds and hypertrophic scars.

These results suggested that addition of linoleic acid in suitable form to the skin might help to give better attachment of the epidermis to the underlying tissue and to stop any such effects of increased water loss such as itching.

Discussions with the Hospital Pharmacy suggested that an aqueous formulation would probably be most acceptable to patients providing additional moisture as a humectant to the outer surface of the skin as well as ready supply of linoleic acid from the sunflower oil in the mix. In collaboration with the Pharmacy a cream containing 5% sunflower oil and 5% emulsifying wax as an autoclaved emulsion was developed. This was produced in-house by the Hospital Pharmacy.

This cream was used by patients for a period of 18 months and lipid samples taken during this period. Analysis showed that there was no apparent effect of the cream to enhance linoleic acid levels in the barrier layer lipid. However favourable reports on the acceptability of the cream as an aid to physical care, improvement of skin character and decrease in symptoms were widely reported by patients.

This created a dilemma. The cream appeared to have value only as a nostrum and it did not seem appropriate to continue with is use. It was withdrawn from the treatment programme. However it soon had to be reinstated as there was a clamour from patients (and staff too!) because of the perceived, though not scientifically proven, benefits, that were considered gained. It has been in use in the hospital ever since, with no reported adverse effects. Of course production methods and detailed contents in the formulation have changed to meet current QA and Safety Regulations but it is still essentially an aqueous cream containing 5% sunflower oil BP grade.

The Salisbury Hospital Pharmacy – the various district pharmacists in particular – have always been most helpful and encouraging in the development of the cream. The original observations from the Research Programme could not have been developed with such a happy outcome had this not been so.

The role of linoleic acid in a skin cream
People of all skin types will almost certainly benefit from the application of skincare containing significant amounts of linoleic acid of which sunfloweroil is a particularly rich and easily available source.

Skincare with My Trusty®
The primary ingredient of My Trusty®’s award winning skincare is still sunflower oil, a rich and natural source of linoleic acid. Developed from the original sunflower cream produced by the Hospital Pharmacy as a result of the scar development research, My Trusty® skincare is suitable for use on all skin types, including dry, itchy skin and a range of inflammatory conditions such as eczema. It is safe to use on all the family, including babies over the age of 8 weeks and for mums-to-be. It is free from parabens, lanolin and colour.

Clinical experience of patients at Salisbury Burns Unit over a thirty year period also suggests that My Trusty® sunflower cream and My Trusty® face and body oil can help considerably in the initial and continuing process of scar management and will improve the appearance of scars.