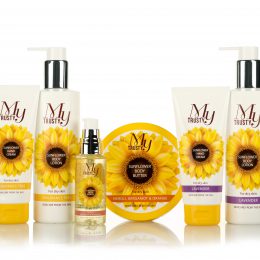 My Trusty – Skincare from the NHS … THE RE-LAUNCH

My Trusty – Skincare from the NHS … THE RE-LAUNCH We are absolutely thrilled to introduce the launch of our fabulous ‘NEW LOOK’ and ‘IMPROVED natural NHS Sunflower Formula’.  Through your valuable support, we have been able to grow, making our products more easily accessible in national retail outlets. What’s even better is that we have been able to make our prices even more... Read More »

Salisbury NHS Foundation Trust achieves ‘Best over the Counter Product of the Year Award’ at the Pharmacist Awards 2016 held at The Millennium Gloucester Hotel, London, on 30th June 2016 Salisbury NHS Foundation Trust are as passionate about skincare as they are about patients’ health. For that very reason, the judges of the Pharmacist Awards 2016 voted their innovative skincare brand, My... Read More » 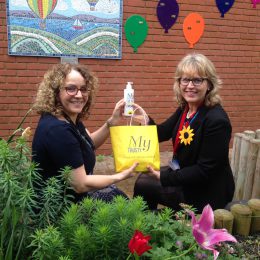 May 2016 Update From The My Trusty Team

May 2016 Blog Well, what a busy month May has been for the My Trusty team! Early in the month we were out and about meeting many of our loyal customers at the Downton Cuckoo Fair - what a fabulous turn out there was with an outstanding 19,000 people! We even managed to stay pretty dry too! We were so busy we forgot to take photos. Can you see our gazebo in the crowd? And we had a winner too!... Read More »

BBC’s The One Show

My Trusty® is the One My Trusty® is set to appear on the iconic sofas of BBC’s The One Show on October 7th! Producers of the popular evening show approached the Trust back in the summer expressing their interest in running a piece on our wonderful cream. The feature on My Trusty will give you an insight into the cream and its amazing story as it takes you back to the birthplace of the cream,... Read More »

29th November My Trusty Little Stocking Filler We are pleased to announce the launch of My Trusty Little Stocking Filler; the perfect gift this Christmas containing one of each 100ml tube (Lavender Scented and Unscented) beautifully presented with a personalised gift tag and festive organza bag, we only have 500 available so be quick! Buy yours now for only £13.75 and treat those most special... Read More » 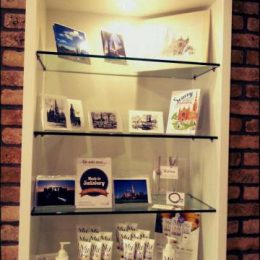 28th April 2014 Made in Salisbury We are delighted to let you know that My Trusty is now featured in the #madeinsalisbury range! It is available to purchase at the newly refurbished Salisbury Information Centre, which re-opened to the public on Monday 24th... Read More » 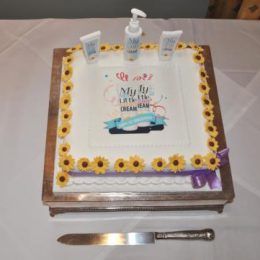 One Year Anniversary My Trusty has celebrated its One Year Anniversary! To celebrate one year of trading, My Trusty held a local event to update stakeholders on how the cream fared in its first year and announced future plans… It was revealed that that there are new products in the pipeline, including a new Body Butter, that’s set to be released in early... Read More » 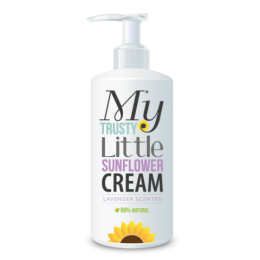 The Lavender Pump Dispenser is Here!

6th February 2014 The Lavender Pump Dispenser is Here! Following on from our last news story, we are happy to inform you that you can now order your first Lavender 250ml Pump Dispenser as of today! Your order will be dispatched to you on the morning of the 11th February but you can get ordering right away. Enjoy, and thanks for all those who got in touch to request that Lavender followed in the... Read More »

25th September 2013 Introducing Our Big Brother! On October 3rd 2013, the My Trusty® family will grow by one, as we add a new Unscented 250ml pump dispenser to the current 100ml range. There has been high demand for a bigger product and we’re chuffed to be able to announce that it is almost here. My Trusty has received wonderful support and feedback since (and prior to) launching in April... Read More »

16th June 2013 A Cult Beauty Product – Sunday Times Style Magazine Sunday Times Style magazine highlighted My Trusty Little Sunflower Cream® in their update beauty news section calling our cream the latest cult beauty product. It was lovely to see that the NHS can produce a moisturising cream that is so popular with our customers and already on the radar of top beauty editors when it only... Read More »